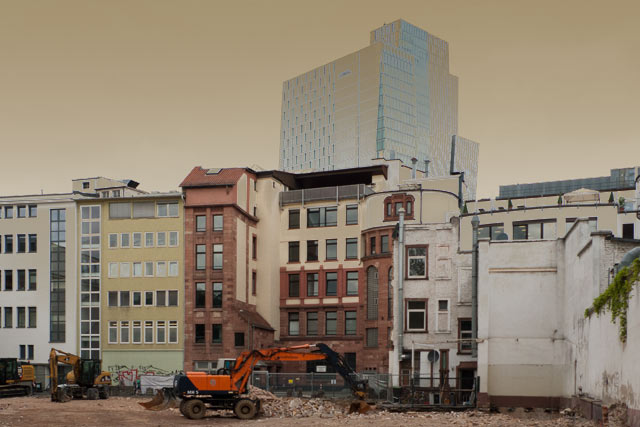 Curmbox was operated as a secretive experimental music and performance space by Guido Braun at Gutleutstr. 15. From April till September 2005.

The venue was attached to the Gutleut15 exhibition space, which caused some troubles, according to the owner of Gutleut15. The two scenes, - art and music - didn't mix that well. It started in about July and ended in November. Open roughly once a week.

I think the guys were DJs, but there was no DJing apparent in the space. Sometimes just one turntable and someone changing the records.

There was improvised cooking as well in the last weeks. Schloß Peles a nearly secret installation by some Städelschule students in an private appartment. From about February till July 2005 in the Bahnhofsviertel.

I missed it completely.

The only pictures I got came from a book shown at a Städel exhibition. GOTO, the japanese theme bar has closed beginning of this year.

Main Café reopens fully rennovated. Some events even in wintertime.

A severe crisis has shaken Atelierfrankfurt.