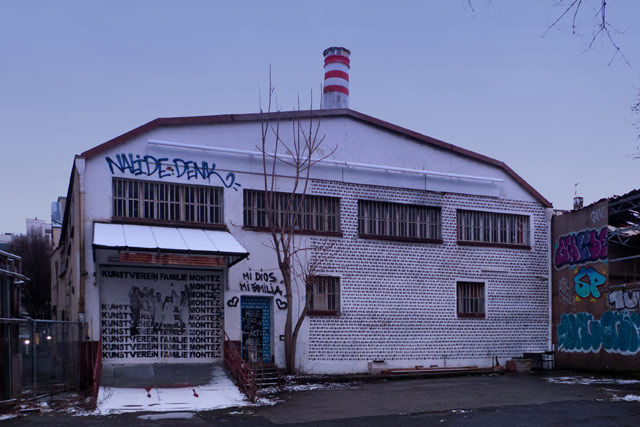 Some short resumee on recent developments of Frankfurt art scene

Frankfurt, Germany, had been a beautiful medieval city before being completely destroyed by bombs in WWII. After reconstruction it became a major financial center and still is.

As thought as a lifeless agglomeration of banking and business headquarters during the economic boom period of the 80s huge amounts of money were poured into cultural affairs.

But while the slogan was "Culture for everybody", - most of the money was spent on building up new museums. Art, artists and galleries were imported from everywhere. For a short period of time Frankfurt became a major attraction.

While nearly 10% of the cities budget was spent on cultural affairs an unnatural and artificial climate prevailed, because nothing had been done to support the ground for a local art scene.

This became apparent at the beginning of the 90s, when suddenly the economic bubble bursted and money had to be spent on social welfare to cover the costs of sudden unemployment.

In the early 90s local artists realized that they could not get any support whatsoever. Galleries which had been artificially raised in the 80s had closed. There was no way for artists to work in a "normal way", from studio to gallery.

So, there started a movement of activities of taken places previously not connected to art, empty shopping malls, gas stations, parkin lots, underground passges, office space etc.
With beeing freed from the art marked artists concentrated on providing for the needs of their own scene. This was the beginning of getting the club scene (very strong through Frankfurt techno) into art scene.

Sometimes art and party was synonymous (the same thing), not necessarily to the benefit of each others. But it became the possibility of a fruitful mix of people not belonging together before. Communication, before that merely a side effect of art, suddenly became the mein thing. People started all kinds of projects to improve communication among each other, like an outdoor swimming pool in an industrial area.

At the present moment there is a mixture of some 15-20 different locations, from living-room gallery, to conventionspace in a former Pakistan Restaurant, to video club in a former bicycle hall.